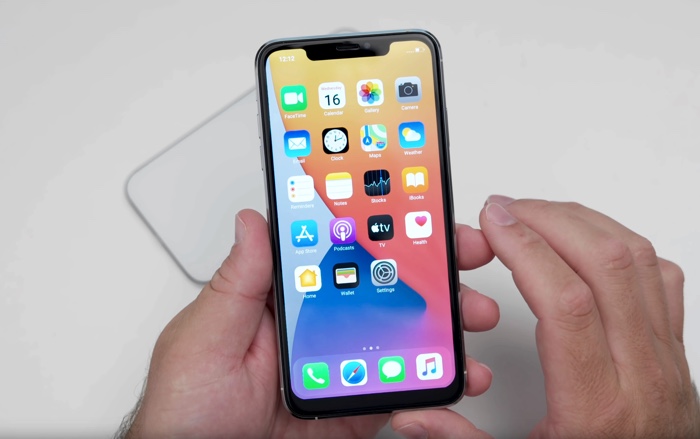 Apple’s iPhone 12 range of handsets have yet to be announced and now we get to have a look at a fake iPhone 12 Pro Max.

The video below gives us a look at one of the first cloned iPhone 12 handsets we have seen, the device and its design is based on the leaks that have been released about the new iPhone.

As we can see from the video the design of the handset is more square and less rounded, this is what the new iPhone 12 is supposed to look like.

This handset shows four cameras on the back, it is not clear as yet on whether the real iPhone 12 will come with four or three cameras on the rear. What we have seen previously suggests three rear cameras and a LiDAR scanner.

Apple is rumored to be launching their new iPhone 12 some time this month and there is a rumored date for an Apple event of the 13th of October.