Apple is yet to officially announced the new iPad 2, but it looks like there is already one video review of the iPad 2 on the web, although it is obviously a fake one, and we are hoping that the new iPad 2 doesnt feature a screen as big as in the video below. 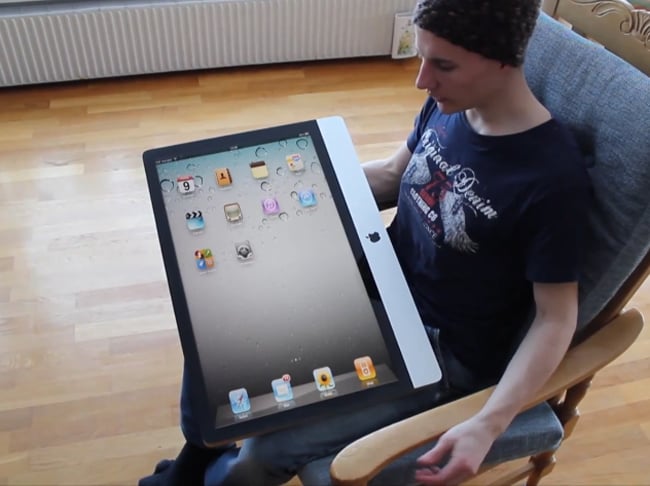 Obviously the guys who made the video did some clever video editing to make an iMac look like an iPad 2.