Facebook has unveiled a new service its added to their social networking site in the form of Facebook Shared Photo Albums that have been design dot enable Facebook users to build photo albums together, collaborating to make a digital collage of photos and memories.

Each Facebook Shared Photo Album is capable of having up to 50 contributors who can add up to 200 photos each to the album with the creator of the album maintaining its privacy controls. 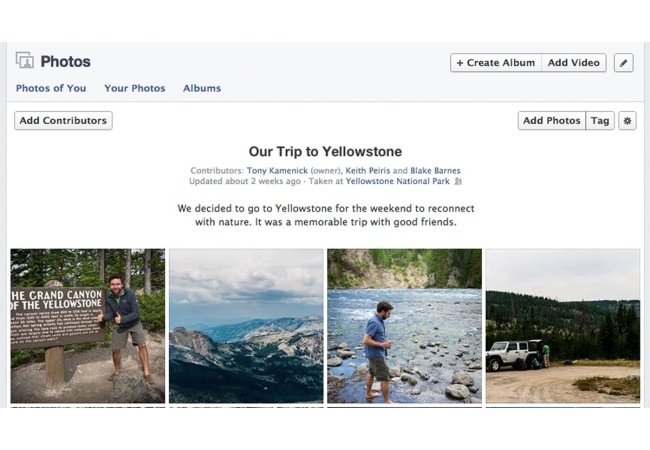 Facebook explains : “Hundreds of millions of photos are uploaded onto Facebook each day and today, we’re making it even easier for friends to share photos with the rollout of Shared Photo Albums,”-“Whether you’re at a wedding, birthday party, or fresh off of a trip, all your friends will be able to add photos, tag photos and edit just one album.”

“It was really just a product that (as you can imagine) was a very popular user requested feature.”-“Right now, if you were at a party and there were three different albums created, you might not be able to see all of the photos, which is kind of confusing and frustrating.

I think one thing that’s really fun about creating products at Facebook is that you’re never quite sure how people will use the product in the end. We’re really excited for launch because we think people will use (shared photo albums) in ways that we’re not even thinking of.”