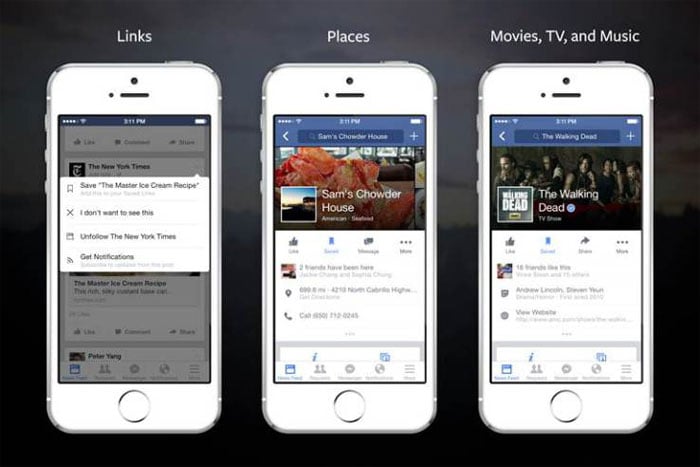 Social network Facebook has announced the launch of a new Save feature for its iOS and Android apps as well as its website. The feature allows users to store links from the News Feed and Facebook Pages for Places, Event, Movies, TV shows, and music so that you can view them later. The saved links are placed into a list for viewing in one place.

Save doesn’t cache content for offline viewing, but it will give users a way to save links to content they want to keep and read later. The feature will be rolled out over the next few days to users on Android and iOS. The goal is to make it easier for you to skip things you are interested in from your News Feed without losing the content.

Facebook reportedly tested a version of Save in 2012. The Save button or small bookmark icon will sit in the bottom right corner of stories in the mobile and web News Feed. Save can also be accesses via the drop-down menu arrow in the top right of each story. Pages for movies, TV and other content will have a more prominent Save button.