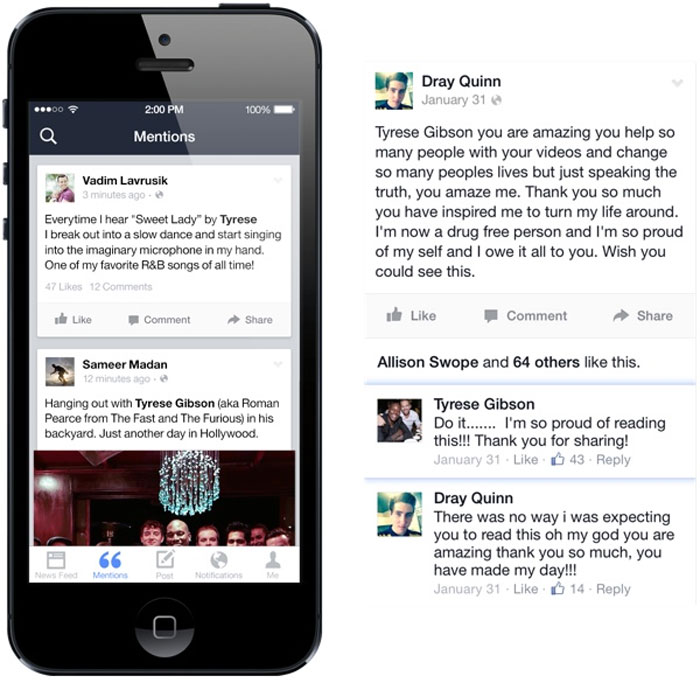 Facebook has launched a new tool that is aimed, at least for now, at celebrities and other influencers. The new app is called Facebook Mentions and it is aimed at making it easy for celebrities to find posts that mention them and to participate in the conversation. Mentions will eventually be rolled out to the public, but for now, only those with verified public figure accounts can get in on the action.

Mentions not only lets public figures find and participate in conversations about them, it also lets the users host live Q&A sessions with fans. The app also has support for posting status updates, photos, and videos. Facebook says that the celebs who have tested the app have used Facebook twice as much as before.

One of the actors testing the app is Tyrese Gibson of Fast & Furious fame. Gibson reportedly used the app to share the video of Dr. Dre bragging about the Apple deal to purchase Beats before the deal went live. Mentions is on the app store for free right now, but only the verified public figure accounts can use the app. There is no word on when it will come to other users at this time.