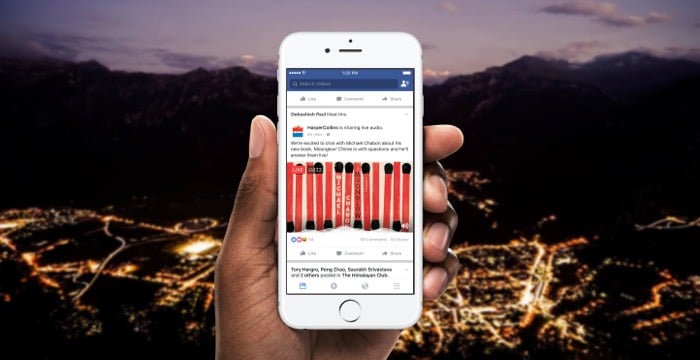 Facebook is launching a new feature on Facebook Live called Live Audio which the company says is an alternative to their Live Video for some of their partners.

The company has teamed up with the BBC World Service, LBC, Harper Collins and the authors Adam Grant and Brit Bennett.

We know that sometimes publishers want to tell a story on Facebook with words and not video. We’ve even seen some Pages find creative ways to go live and reach audiences with audio only by using the Facebook Live API or by adding a still image to accompany their audio broadcast. Our new Live Audio option makes it easy to go live with audio only when that’s the broadcaster’s preferred format.

From interviews to book readings, we’re excited about the layer of interactivity that Live Audio brings to both the broadcaster and listener. Just as with a live video on Facebook, listeners can discover live audio content in News Feed, ask questions and leave reactions in real time during the broadcast, and easily share with their friends.

Facebook have said that they will expand their new Live Audio feature to more publishers and people next year.