The new ‘Lite’ version of Facebook is designed to be much cleaner and simpler, and almost ‘Twitter Like’, with most of the navigation and info page that was on the left of the standard version now gone. 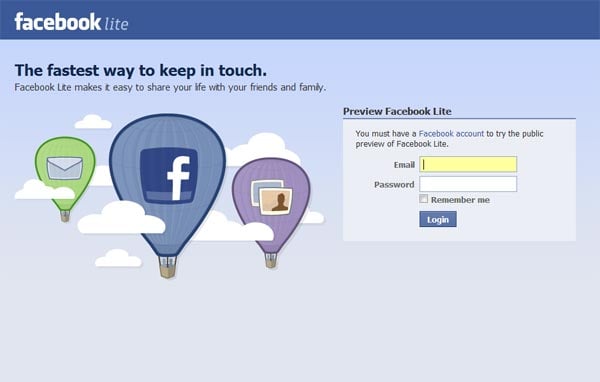 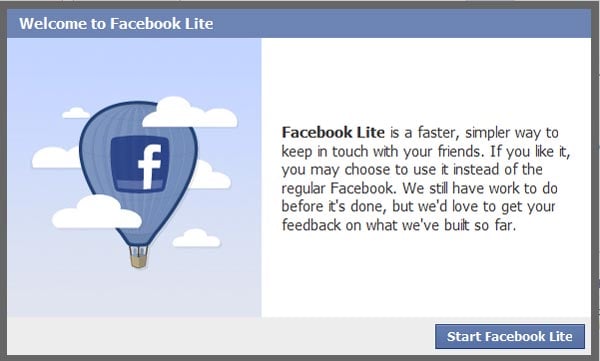 It is not clear when the new FaceBook Lite will be rolled out to users in other countries, or when it will hit UK users.