Facebook has today rolled out a new update to its main iOS application, which brings with it a number of features which have already been seen in other Facebook standalone applications.

Facebook now seems to be integrating popular features from its standalone apps into its main iOS application, and has added the ability to swipe left anywhere in the application, to view your friends and contacts who are available to receive messages. 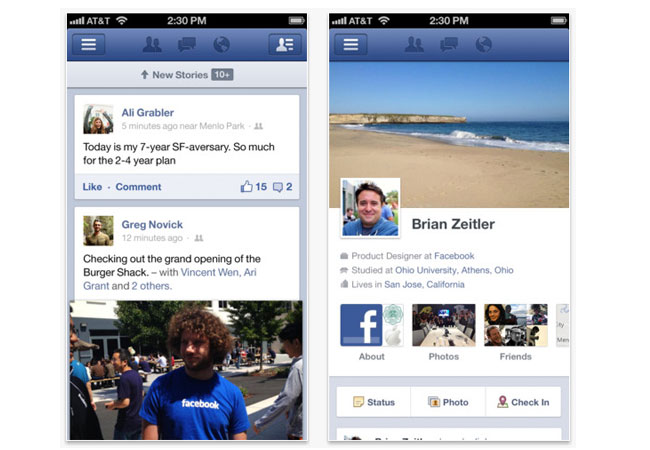 Other features added to the main Facebook iOS application include the ability to now move your most popular contacts to the top of your favourites list. As well as adding the new “upload flow” from Facebook’s camera which enables you to share multiple photos much more easily and faster, together with the ability to send Facebook Gifts directly from the iOS.

The new Facebook iOS application is now available to download from the iTunes App Store for free.