Facebook has released a new version of their iOS app for the iPhone, iPad and iPod Touch, Facebook 3.5, and the latest version comes with a range of new features as well as a number of bug fixes. 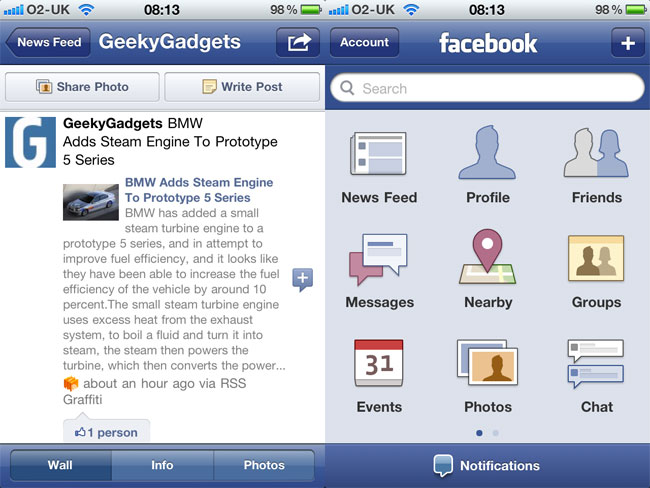 Facebook has also added a new design for group walls and for the profile and they have also added in more privacy controls to the sharing tool , plus a number of bug fixes.