With the launch of Sony’s new PS Vita portable gaming console yesterday, a number of new application have been released on day one to help keep early adapters happy and launch the new games console.

One of those is the Facebook app which is now available to download from the PlayStation Store. Earlier today Sony Tweeted out the announcement that the Facebook App was now ready for the PS Vita. Watch the video after the jump to see it in action. 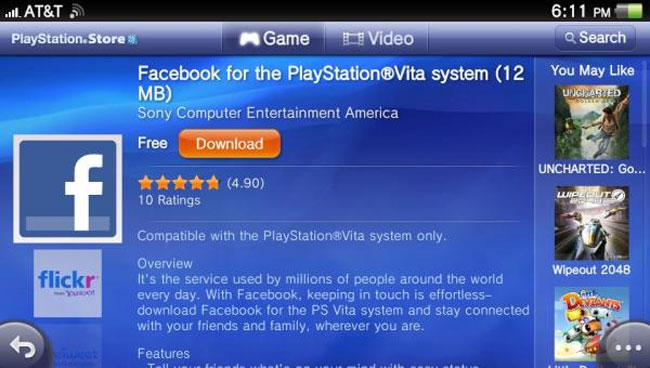 As well as Facebook arriving on the PS Vita other day one applications include Foursquare which also launched yesterday in Europe and is supposedly making its way over to the US very shortly. Another big social network to make its appearance on the PS Vita on day one was Twitter who also have a PS Vita Twitter application available to download.