It has been announced today that Facebook has this week acquired the new startup called Branch which specialised in creating and providing a new social conversation platform.

No official details have been released by either Facebook or Branch regards the amount of money  Facebook paid for that new Branch start-up company, but it’s thought that the price was around $15 million. 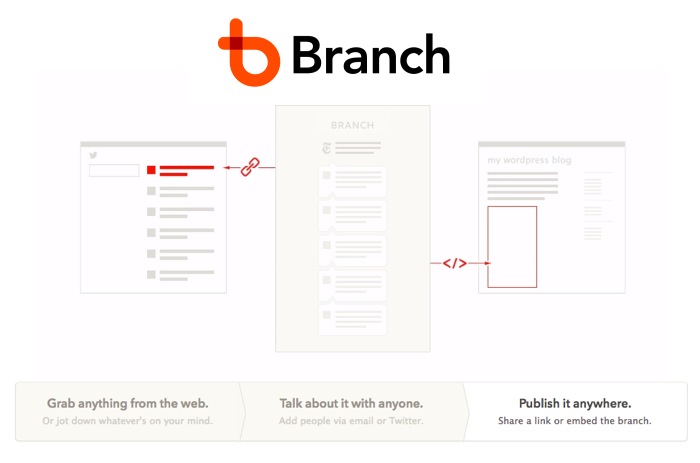 The Branch platform has been designed to provide users with a host to create and start conversations about anything and allow anyone to join.

When it first started Branch was first known as Roundtable and is now Facebook is now looking to create a Facebook sized Branch platform and service. Branch founder Josh Miller announced the acquisition saying :

“After two years building Branch and Potluck, I am thrilled to announce that we will be continuing our mission at Facebook!

We will be forming Facebook’s Conversations group, based in New York City, with the goal of helping people connect with others around their interests. Their pitch to us was: “Build Branch at Facebook scale!”

Although the products we build will be reminiscent of Branch and Potluck, those services will live on outside of Facebook. A more thoughtful note and details to come soon but I am writing this haphazardly from a mountain in Japan (I was tipped that the story was going to leak while on vacation).

In the meantime, a huge “thank you” to our investors. Especially, Jason Goldman, Evan Williams, Biz Stone, Ryan Freitas, John Borthwick, and Jonah Peretti, who all spent an extraordinary amount of time with us.

Most importantly though, a big congrats to my eight teammates who have worked tirelessly,
often behind the scenes.”