Eye-Fi have today announced a new addition to their range of memory cards in the form of the Eye-Fi Mobile X2, 8GB Wireless Memory Card which can be used with Eye-Fi’s new Direct Mode iOS and Android applications for immediate uploading to devices.

The new Eye-Fi Mobile X2 card can now establish a direct connection to a mobile device by creating its own Wi-Fi network anywhere users capture images, even miles from a Wi-Fi hotspot. Allowing users to now send photos and videos directly from their digital camera to their Eye-Fi app in an instant. Watch a quick demo video of the new Eye-Fi Mobile X2 card after the jump. 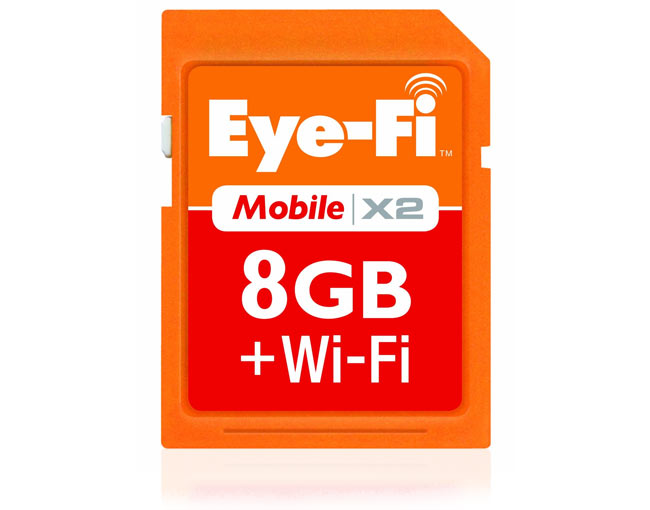 The newDirect Mode application is available as a free upgrade to all Eye-Fi X2 cards and will be arriving later this week on iPhone, iPad and Android devices.The already existing Eye-Fi Pro X2 will be reduced from $149.99 to $99.99 starting this month.