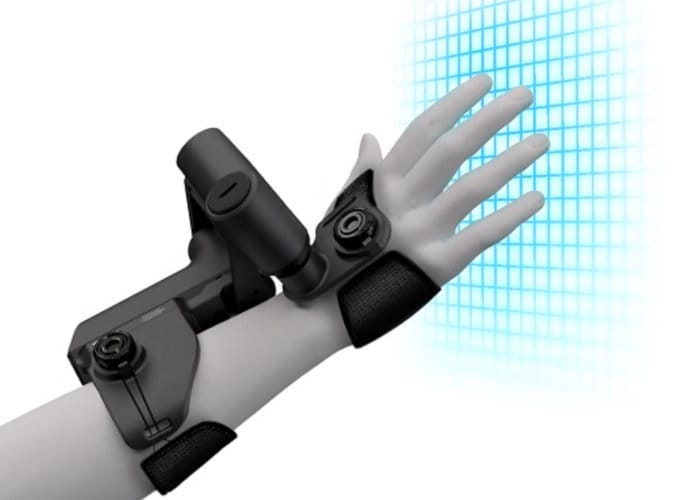 Exiii the Japanese-based start-up has recently announced raising $750,000 to continue the research and development of their new virtual reality haptic glove with force feedback. Watch the demonstration video below to look at the early haptic VR gloves prototype in action. The company is currently developing two different styles the Exos Wrist and Exos Gripper both of which offer a different way of receiving force feedback.

The new funding has been invested by Japanese-based venture capitalist firm Global Brain, and will be used to expand the company’s R&D team and current prototype products to hopefully launch them to the consumer market in the near future. Let’s hope the Exiii Haptic VR Gloves are made available sooner rather than later.

Developers already creating virtual reality games, experiences and applications may be interested to know that Exiii has already created a development kit for both versions of the haptic gloves which is now available to enterprise customers. For more details contact Exiii directly via their website. At the current time Exiii has not announced any pricing or availability for the VR haptic gloves with force feedback, but the sooner small information is made available, or demonstration videos are released we will keep you up-to-date as always.