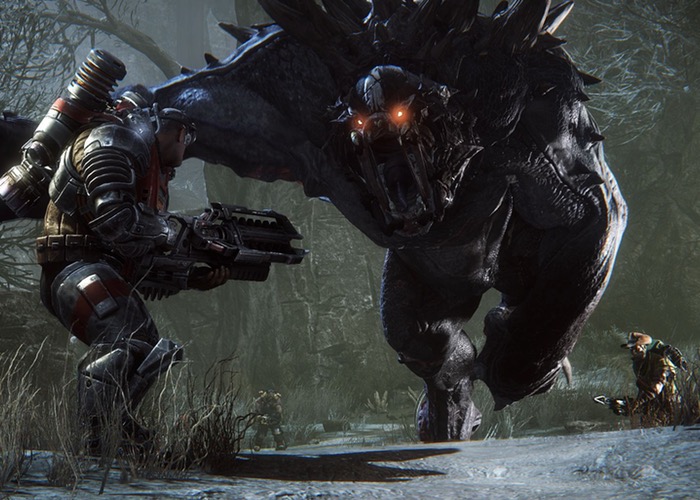 Following on from a few issues that were discovered by PlayStation 4 gamers trying to enjoy the new Evolve Alpha gameplay tests. Publisher 2K Games announced that now the issues have been resolved for PS4 gamers, they are extending the alpha testing until tomorrow giving players a longer chance to enjoy the new game.

The Evolve alpha gameplay testing was expected to attract over 100,000 players, across all platforms allowing the games developers to test the balance and limits of the new game. Unfortunately though PlayStation 4 gamers were unable to play due to the release of a faulty console firmware update earlier in the week.

2K Games explained a little more : “We believe we have addressed the majority of known issues affecting the Evolve Big Alpha on PlayStation 4 following the PS4 2.0 firmware update,”-“The alpha test is now live on PS4 after a gradual roll out to registered participants. Evolve’s closed alpha test is also being extended on Xbox One, PC and PS4 through Tuesday, Nov. 4 at 3 p.m. ET.”

Evolve will be officially launching next year during February 2015 and lets four players try to take down a monster which is also player controlled, with all players and monsters have their own unique special abilities. Check out the gameplay below to see it in action.