The eviGrouop has just released details of its new Windows 7 tablet the eviGroup Paddle. This multitouch tablet is powered by a 1.6GHz Intel Atom N270 processor and will be available in a range of storage capacities : 160GB, 250GB or 320GB.

There will also be a solid state drive version with either 16GB or 32GB depending on your needs. Check out the video after the break to see it custom user interface in action. 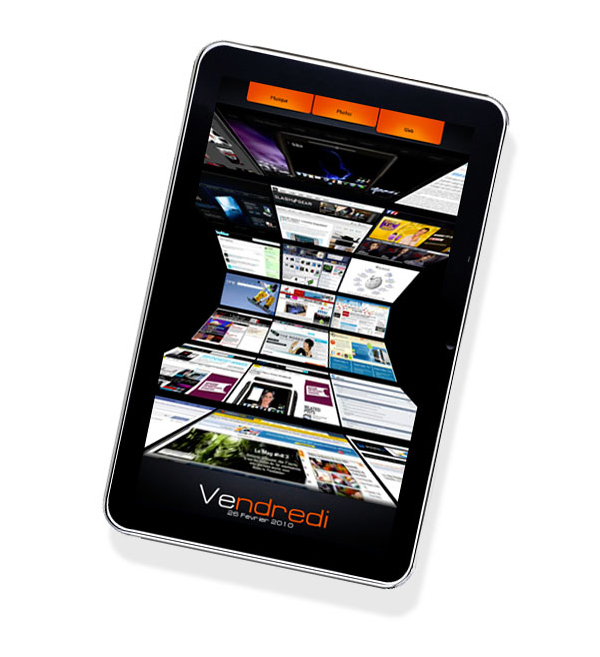 eviGroup are also looking to release an SDK later this year allowing designers to create apps for its custom UI named Scale.

The tablet  is also Wifi /3G enabled and comes with an integrated  web camera and microphone. Unfortunately full details are not available at the moment but sources suggest that the base price will be around $952 in the second quarter of 2010.