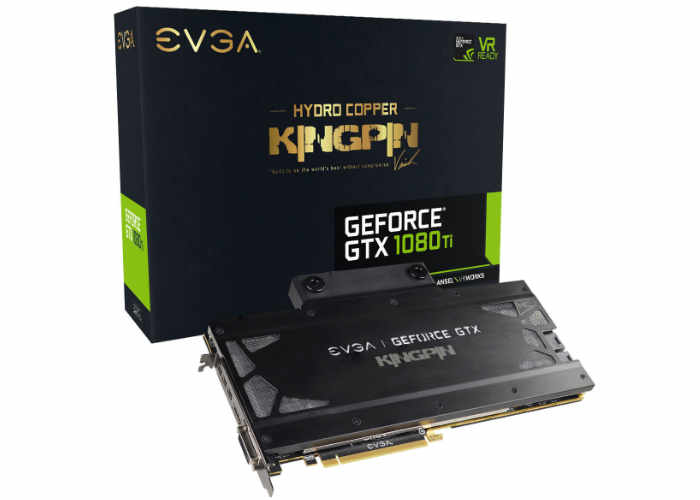 Hardware manufacturer EVGA has introduced to new graphics card to their range in the form of the EVGA GeForce GTX 1080 Ti K|NGP|N Hydro Copper overclocked graphics card which is now available to purchase exclusively from EVGA’s online store priced at $1,249. Although don’t delay as only limited stocks are available. The GeForce GTX 1080 Ti K|ngp|n Hydro Copper model reference 11G-P4-6799 has been tuned by legendary overclocker Vince “K|ngp|n” Lucido himself.

Aimed at true enthusiasts the card has been specifically designed for extreme overclocking and EVGA guarantees 2025 MHz overclock, which may not seem fantastically high, but is a guaranteed clock speed. To help with overclocking the graphics card is equipped with 9 thermal sensors, voltage measurement points, and full cover backplate and power is distributed through 10+3 phases coming from a pair of 8-pin power connectors which are mounted on the side for easier cable management.