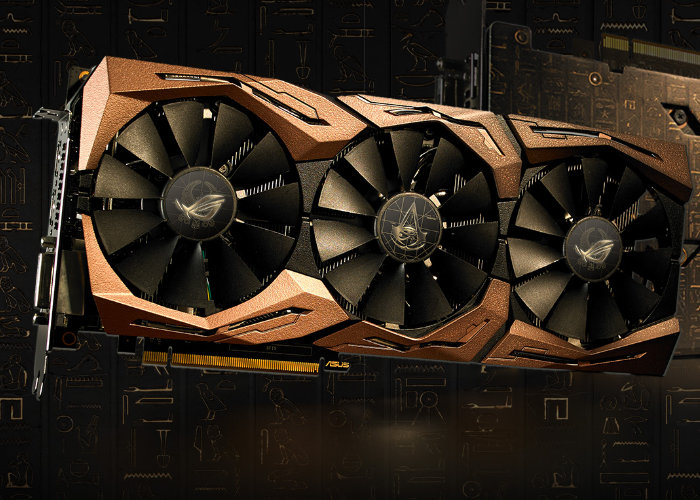 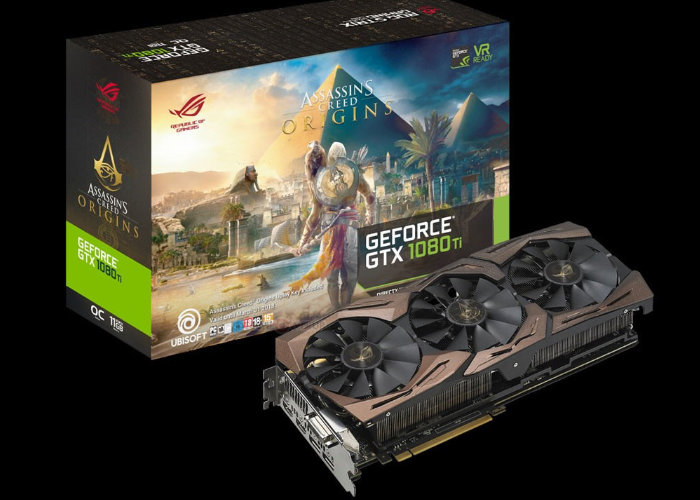 ROG Strix GeForce GTX 1080 Ti Assassin’s Creed Origins Edition draws on the game’s backdrop of ancient Egypt for its distinctive design. The iconic ROG eye joins the Assassin’s Creed insignia on a rear wall of hieroglyphs that appear as to be carved into weathered granite, while the front-side features a shroud that’s reminiscent of the copper tools originally used to create these mysterious engravings — setting the scene for the long journey that lies ahead for Bayek of Siwa. 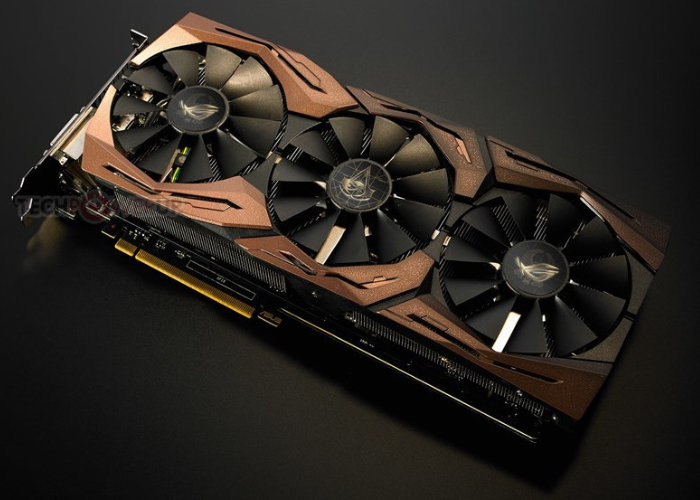