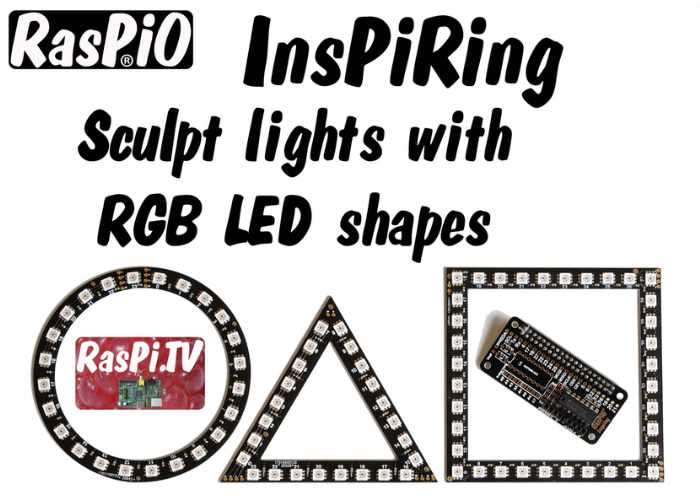 Serial Kickstarter entrepreneur Alex Eames from RasPi.TV has this week launched his seventh Kickstarter campaign for a new set of LED lights which can be used to build a wide variety of different 2D or 3D shapes, called RasPiO Inspiring.

Watch the demonstration video below to learn more about the RasPiO Inspiring RGB LED lighting system, which is now available to back via Kickstarter with pledges starting at just £10 and shipping expected to take place during September 2017.

RasPiO Inspiring is a system of programmable RGB LED boards which can connect together to make whatever 2D or 3D shape you want. Make a…

For more information on the new RasPiO Inspiring jump over to the Kickstarter website for details by following the link below. If you are interested in building Arduino projects these may provide inspiration for your next project.