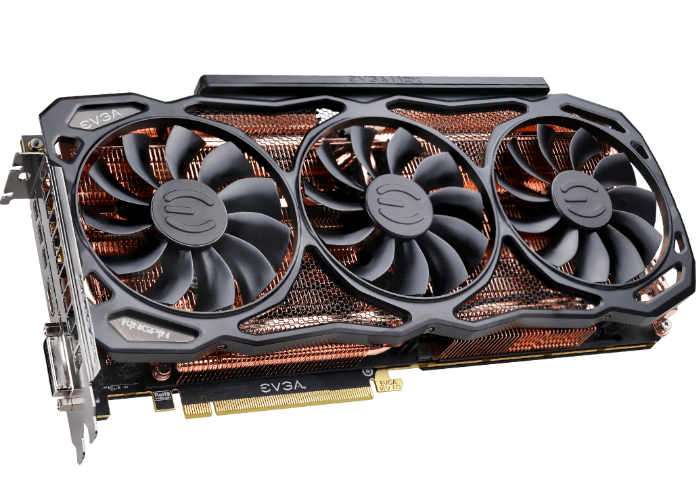 Providing 3584 CUDA Cores, Base Clock: 1582 MHz, Boost Clock: 1695 MHz, Bus: PCI-E 3.0 and coming 2-way SLI Ready and is expected to be made available before the end of July 2017 although no prices or official release date have been announced but as yet. 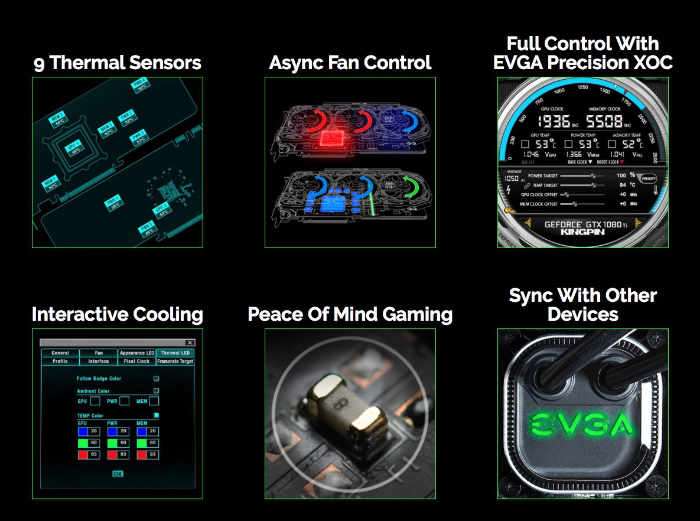 The GeForce GTX 1080 Ti was designed to be the most powerful desktop GPU ever created, and indeed it was. EVGA built upon its legacy of innovative cooling solutions and powerful overclocking with its GTX 1080 Ti SC2 and FTW3 graphics cards. Despite the overclocking headroom provided by the frigid cooling of EVGA’s patented iCX Technology, the potential of the GTX 1080 Ti still leaves room for one more card at the top…and man is it good to be the K|NG.

No card is worthy enough to take the throne without EVGA’s iCX Technology, and the GTX 1080 Ti K|NGP|N reigns supreme. Featuring a total of 11 global patents (pending and granted), iCX from EVGA is efficiency perfected. With 9 additional sensors embedded on the PCB, a newly designed die-cast baseplate and backplate, purposefully-directed airflow chambers, and full control using EVGA Precision XOC, EVGA’s iCX is the very definition of Interactive Cooling.