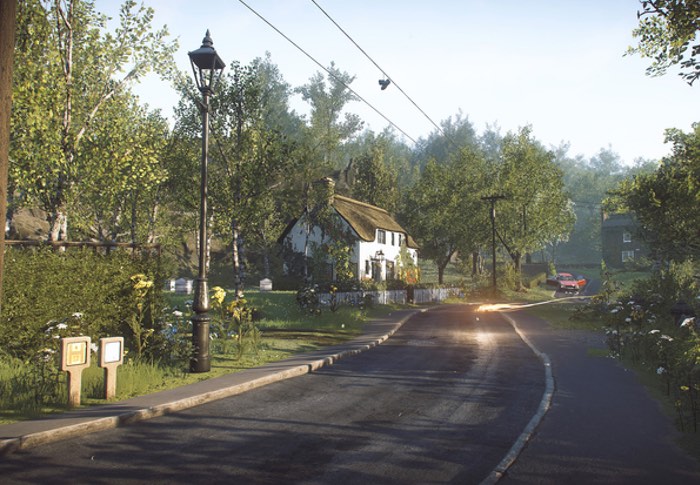 If you have been interested in purchasing the Everybody’s Gone to the Rapture game which has since its launch, won three BAFTA awards for Audio Achievement, Music and Performance.

You might be interested to know that its developers The Chinese Room has this week announced via Twitter that the awesome game will be launching on PC via the Steam games network tomorrow on April 14th 2016.

Check out the original launch trailer for its PlayStation 4 launch below to get an idea about the storyline you will be involved with as you try to discover and uncover traces of a vanished community.

Deep within the Shropshire countryside, the village of Yaughton stands empty. Toys lie forgotten in the playground, the wind blows quarantine leaflets around the silent churchyard. Down on Appleton’s farm, crops rustle untended, the early harvest abandoned halfway through. The birds lie where they have fallen. A pair of shoes hang from the overhead wires.

The windmill continues to turn unobserved. Strange voices haunt the radio waves as uncollected washing hangs listlessly on the line. There is light in the wires. The televisions are tuned to vacant channels. Above it all, the telescopes of the Observatory point out at dead stars and endless darkness. And someone remains behind, to try and unravel the mystery.

Immerse yourself in a rich, deep adventure from award-winning developer The Chinese Room and investigate the last days of Yaughton Valley. Uncover the traces of the vanished community; discover fragments of events and memories to piece together the mystery of the apocalypse. Featuring a beautiful, detailed open-world and a haunting soundtrack, Everybody’s Gone to the Rapture is non-linear storytelling at its best.