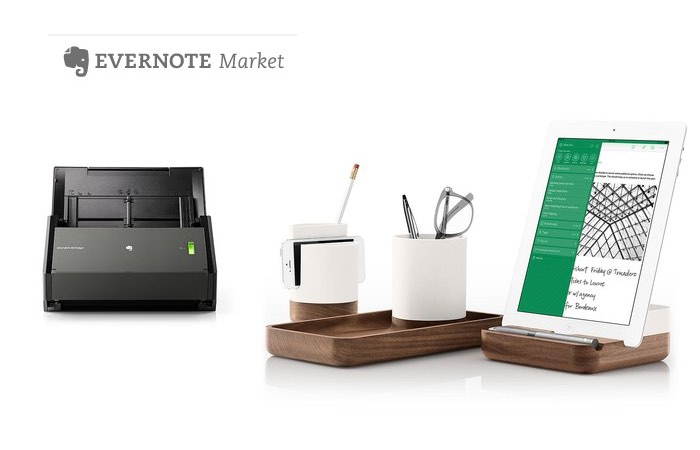 John Hoye from Evernote has this week explained that the company will no longer be running the Evernote Market online store, which allows you to buy a variety of different Evernote branded goods, as well as electronics and styluses that allow you to expand your Evernote note taking experience.

Instead from tomorrow onwards Evernote will be transitioning the Market to promote Evernote integrated gadgets and products that are created by Evernote partners such as Adonit, Moleskine, and PFU.
Evernote explains a little more :

Through Market sales we’ve learned a tremendous amount about how people capture and organize information. We learned that despite all of the digital notes we take and the paperless goals we set, we’re still taking plenty of handwritten notes and continue to find value in having a quality scanner as a part of our work flow. We also learned that there was an appreciation for well-designed products like the Triangle Commuter Bag that, while not a digital integration, embody Evernote’s promise of helping people lead more organized lives.

Over the past few years, more than 800,000 Evernote Moleskine notebooks and 300,000 Jot Script styluses were sold worldwide. Through Market’s website alone, we sold nearly 20,000 ScanSnap Evernote Edition scanners. Market gave us the opportunity to illustrate the true value of Evernote to folks who hadn’t yet considered a Premium subscription. In fact, nearly half of the folks who shopped the Evernote Market were paying us for the first time.

Ultimately though, Evernote is a software company. Building and perfecting the Evernote experience is where we’ll be focusing our future efforts. Instead of selling and fulfilling orders ourselves, on February 3rd, we will transition the Market to promote Evernote-integrated products made and sold by our partners at Adonit, Moleskine, and PFU. We plan to continue adding partners and integrations that strongly and elegantly complement Evernote to that list.

For more information on the new Evernote Market shake-up jump over to the Evernote Blog website for details via the link below.