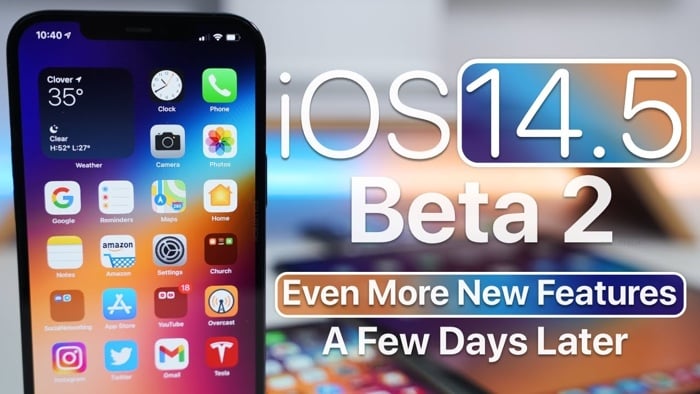 Earlier today we saw a video showing us some of the new features in the iOS 14.5 beta 2 software and now we have another video from Zollotech.

The new video from Zollotech gives us a a look at even more new features that have been discovered in the latest beta of iOS 14.5.

There are some major privacy changes coming to the iPhone and iPad with this update, we will now be notified when an app is tracking you and you will also be able to stop that app from tracking what you do on your device.

As we can see from this video there are a number of new features coming to the Music app in this update, plus a range of other new features.

As this is only the second beta of iOS 14.5, we will have to wait a little while for the software to be released to everyone. We are expecting the iOS 14.5 software update to be released some time in March, as soon as we get some details on a release date, we will let you guys know.