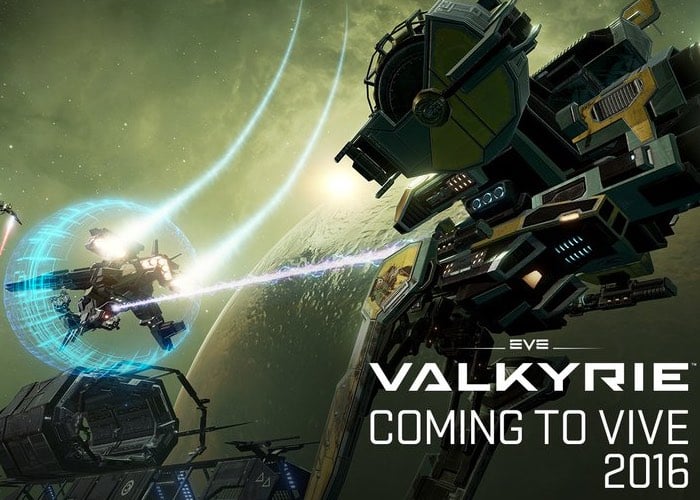 This week Valve has started shipping out its HTC Vive VR system to consumers and is now competing directly with the likes of the Oculus Rift, which also supports EVE Valkyrie and made it one of the free games that was available at launch with the Oculus Rift.

Confirmation that the EVE Valkyrie game will be arriving on the HTC Vive was made by the official EVE Valkyrie Twitter account explaining that the game would be available sometime during 2016. Although no exact release date has been confirmed as yet. As soon as more details are announced by CCP we will keep you up-to-date as always.

EVE Valkyrie is a multiplayer dogfighting shooter game set in the Eve Online universe that is designed to use virtual reality headset technology. Eve Valkyrie will also be launching on Sony’s PlayStation 4 and will support the PlayStation VR which will reality headset and will also be available to play on PC systems. Check out a teaser trailer of EVE Valkyrie being used with the Oculus Rift to provide a demonstration of what you can expect from the game once it’s launched on its second VR platform.