Eton has unveiled their latest solar powered boombox, the Eton Soulra XL which is a next generation design developed from their earlier model the Soulra which Eton launched last year. The new Soulra XL speakers dock is around $100 more expensive than the previous model but brings with in some much improved styling and a few new features.

The Soulra XL is larger than the older Soulra, and the new Soulra XL is equipped with a 72 square-inch enhanced monocrystal solar panel that can be used to juice up its internal 2,000mAh rechargeable lithium ion battery. 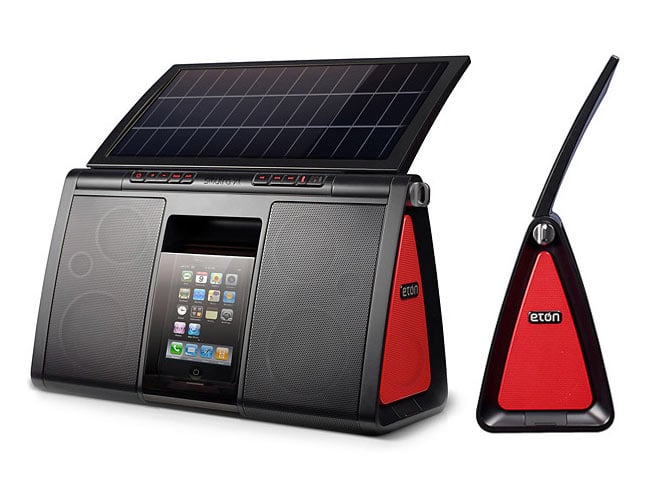 The boombox is fitted with eight speaker drivers that create 22W of output, and on a full charge the Soulra XL will allow you to party for around 5 hours continuously, with the help of its solar panel.

The Soulra XL is now available to pre-order from the Eton website, for $300, and Eton says the new device will start shipping within the next 10 days.