The Raven II robot might not look like much, but it’s the cutting edge of surgery. A new program spearheaded by the  National Science Foundation wants to push the envelope farther by distributing the Raven II among top medical institutions. Developed by the University of Washington and the University of California, the Raven II is being touted as an open source platform whose continuous use should bring about new techniques that could improve the state of the art. 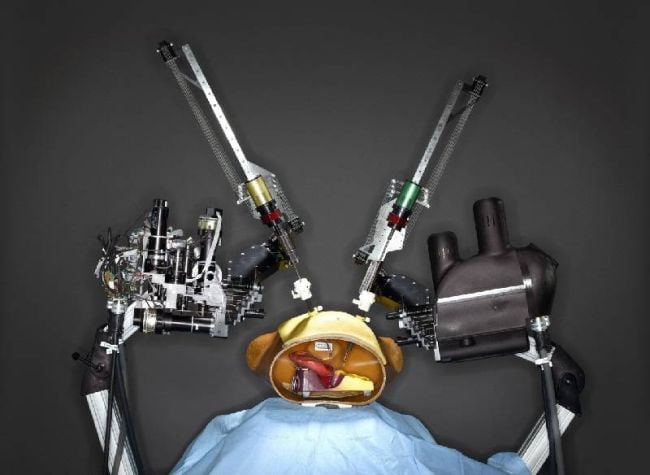 To this end, the likes of Harvard and Johns Hopkins are receiving Raven IIs so that their brightest minds could add input on its capabilities.

The revolutionary aspect of the program is the inevitable note-comparing between the institutions involved. It could also bring about a standardization of surgical robotics, as even the most advanced medical schools are now spared the expense of creating their own variants of the Raven system.