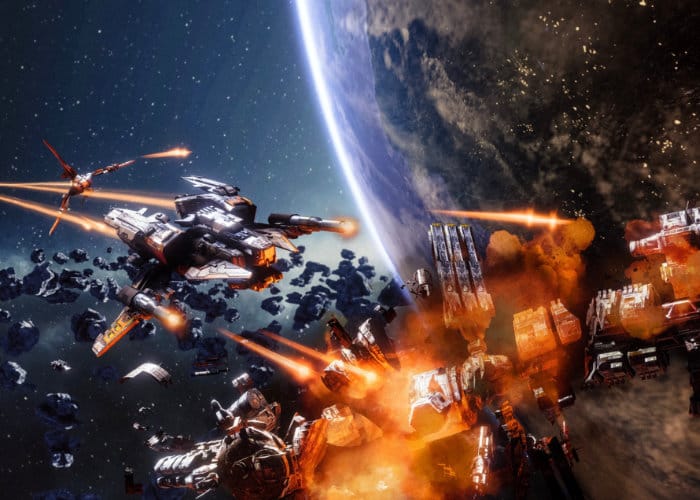 Oculus Rift virtual reality headset owners, or those of you that have already played End Space, the space combat simulation game first created for the Samsung Gear VR headset. May be pleased to know that the developers of End Space Orange Bridge Studios have today launched the space simulator on the Oculus Rift platform, and will be making it available to play on the HTC Vive VR headset next month, during February 2018.

Designed and built by developers Orange Bridge Studios, the End Space game is now available for the Rift offering a more expansive and enhanced version of the game, thanks to the extra processing power provided by the Rift and Vive VR hardware.

As well as enhanced visuals the End Space VR game also includes new motion control based flight systems providing a more immersive feel to the game, that was inspired by previous space game classics such as Wing Commander launched back in 1990 and the slightly more recent Star Wars: TIE Fighter launched during 1994. Check out the video below to learn more about what you can expect from the latest End Space edition of the game.

Within the End Space VR space combat simulation game, players take on command of the most advanced star-fighter the United Trade Consortium has and engage in a huge battle for control of the Tartarus sector. While protecting the “UTC’s secret jump-drive technology from the Tartarus Liberation Front insurgents as you fight to maintain the corporation’s dominance and earn yourself fame and fortune in the process”.

For more information, screenshots and media jump over to the official End Space website by following the link below. End Space will eventually be available to play on the Oculus Rift, HTC Vive, Sony Playstation 4 PSVR, Samsung Gear VR, and Google Daydream.