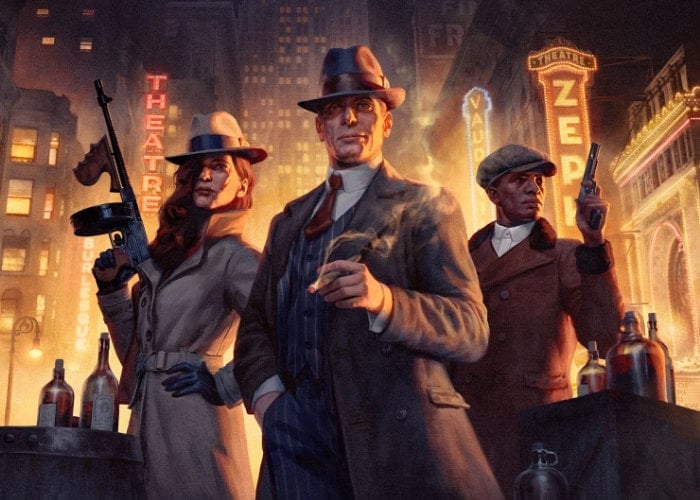 The new Empire Of Sin strategy game developed by Romero Games and published by Paradox Interactive launched earlier this week and is now available to play on PC, Mac OS, PlayStation 4, Xbox One and Nintendo Switch. In the game you take on the role of one of several mob bosses inspired by real-life figures in Chicago during the Prohibition era. The player uses their boss to control the actions of their underlings to take over opponents’ business and recruit new members to their cause while defending their own empire from the other bosses. Check out the trailer and gameplay video below to learn more.

“Empire of Sin plays as a turn-based strategy game with the player taking the role of a crime boss in the Prohibition era, starting anew in 1920 and trying to gain control of Chicago by 1933. As the boss, they can enlist up to 16 underlings from 60 potential ones to manage their empire of questionable businesses, such as speakeasies, casinos, and brothels, protecting them from the law and rival mafia gangs, while trying to extend their own influence by taking over others.The game uses alcohol as a type of currency to extend the empire’s influence. Alcohol can be made by breweries under the player’s control, given to the player by allies, or rewarded as part of completing various missions. The quality of alcohol can impact its influence; poor quality alcohol can be made cheaply and initially sold at a high profit, but over time will lose its value.”