Elite Dangerous game backers who pledged £200 will be pleased to know that the new and highly anticipated Elite Dangerous Alpha release has now been made available by its creators Frontier Developments. 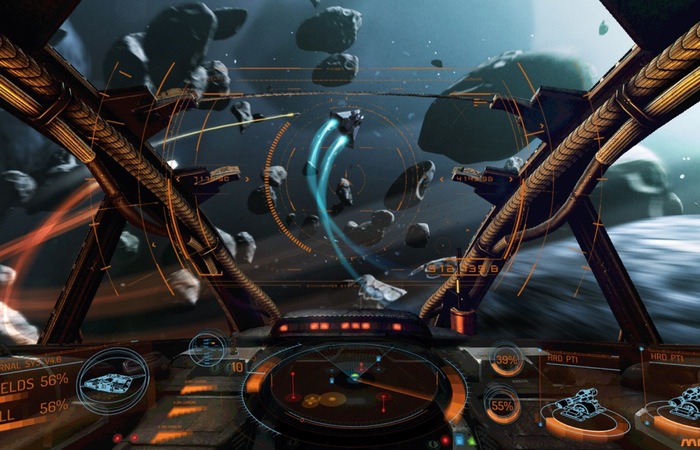 Elite Dangerous raised over $1,500,000 in its Kickstarter crowd funding campaign which finished on Jan 5th 2013

“In “Elite: Dangerous” you fly a spaceship using a first person from-the-cockpit view, building on the elements from the previous games, with sumptious graphics enabled by the performance of modern PCs – all made possible using procedural techniques (see video on ‘Procedural Generation’ below).

Our galaxy. Its an awe inspiring, beautiful, vast place; with billions of star systems, planets, moons and asteroid fields just waiting to be explored, and exploited. The triumverate superpowers of the Empire, Federation and Independents dominate their core system volumes and constantly skirmish to outmaneouver one another on their frontiers. Outside their influence, in the vast majority of the galaxy, anarchy reigns supreme and spectacular discoveries await the bold.”

For more information on the new Elite Dangerous game jump over to the Kickstarter website for details.