Apple Mac users that are looking for a super fast way to transfer and backup data from their Thunderbolt equipped systems, and have a few extra dollars to burn. Might be interested in the new Elgato Thunderbolt SSD drives that are now available.

The pocket size Elgato Thunderbolt solid state disk drives come in a 120GB model that retails for $430 or a larger 240GB unit for $700, and have been specifically designed for handy Thunderbolt connectivity alone. 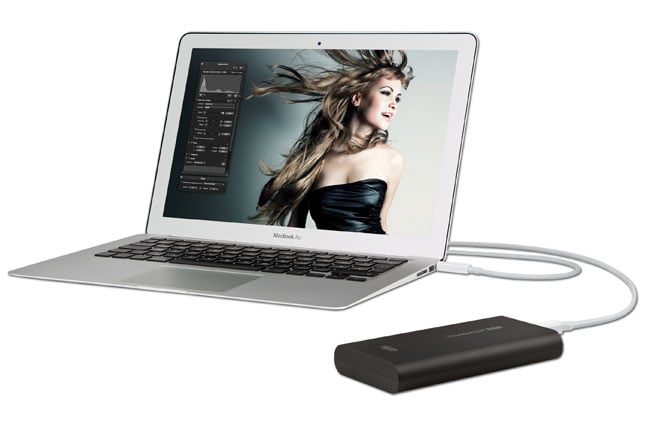 The design of the drive has been kept very simple and on the outside no lights or power buttons have been added to ruin the sleeked curved lines of the small Thunderbolt equipped SSD.

Elgato Thunderbolt solid state disk drives are capable of transferring at 270 MB/second for data reads, say Elgato who tested the speeds with a 15in 2.2GHz Core i7 MacBook Pro. Unfortunately the Elgato Thunderbolt SSD is only equipped with one Thunderbolt port so it will need to be at the end of your daisy chain.