SXSW, South by Southwest, is going on right now. It’s a pretty major festival that covers music, movies and games, supplying a little of everything entertainment-wise, including keynote addresses and panels by the who’s who of the entertainment scene. Electronic Arts had a panel during SXSW, and their CEO had a good bit to say on the topic of virtual reality. 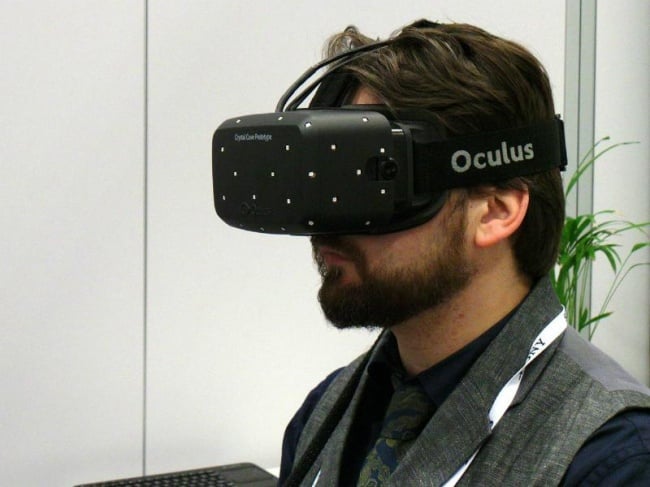 You’re probably aware that the Oculus Rift has been making headlines in the gaming community as the first viable VR platform to really showoff where we’re at tech-wise in the market. Andrew Wilson, the aforementioned CEO, said he’s more concerned with the game in interactive consumption that VR brings than the technology itself. Apparently, his company is looking into other ways people can get into their games. Everything from headsets to holograms was discussed.

Right now, these ideas are little more than pipe dreams. Wilson didn’t mention anything specifically or announce any upcoming revolutionary gaming breakthrough, but it is news that his company is even looking into expanding on the principle.

Honestly, EA is the last company I want at the forefront of revolutionary gaming development. Can you imagine out much they’d charge for their services? In my opinion, even if they did come up with better ways to get players jacked into their games all .Hack-like, they’d make if unaffordable and ruin it for the industry with various legalese that prevented others from duplicating the practice.