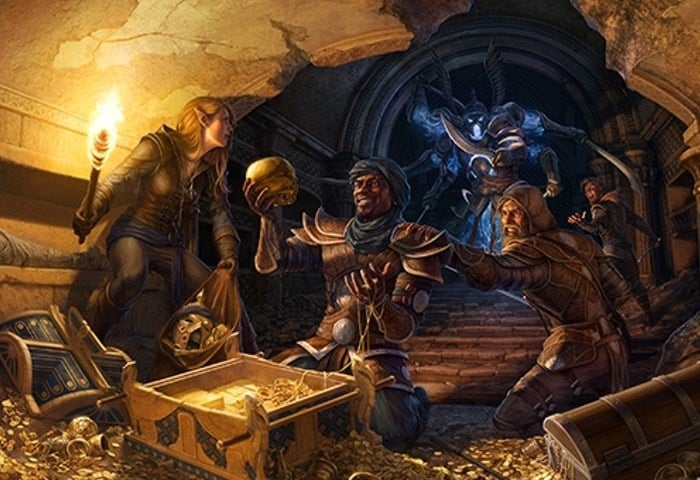 Elder Scrolls Online Tamriel Unlimited players looking forward to the upcoming release of the next DLC for the game in the form of the Thieves Guild are sure to enjoy this brief teaser and first glimpse at what you can expect from the new update.

Unfortunately developer Zenimax hasn’t released any pricing or an official release date for when you to get your hands on the Thieves Guild DLC but they have released some details of what you can expect to enjoy once it’s rolled out.

The Thieves Guild will bring with its a challenging, new 12-player trial: Maw of Lorkhaj, new story content and quests, a new zone available to characters of all levels, a 64-bit client for PC and Mac, a new passive skill line exclusive to members of the Thieves Guild and more. Zenimax explains :

We’re excited to kick off the New Year by giving you a sneak peek of what you can expect to see in Thieves Guild – our first DLC game pack of 2016. The Thieves Guild of Abah’s Landing, an organization of pickpockets, burglars, robbers, and thieves, is being hunted by a mercenary guard force known as the Iron Wheel. This relentless organization will stop at nothing to see the guild brought to justice for a high-stakes heist that went horribly wrong. As their newest recruit, you’ll sneak along rooftops, steal from the shadows, and recover lost treasures to help to restore the guild’s reputation.

As with our previous updates, Thieves Guild will come in two parts – the DLC game pack, and the base game patch (hello scrolling combat text and a brand new 64-bit PC/Mac client). Below is a brief summary of what you can expect in each, for all platforms. We’ll be going into more detail about the DLC game pack and base-game patch very soon including the release dates, price, and deep-dive articles.