Despite sporting an aesthetic that takes many of its cues from World of Warcraft, much like Blizzard’s own Warhammer-inspired efforts back in the day, Elder Scrolls Online will seemingly take at least some risks with the aging MMO formula. The biggest one of which seems including a single player “Story” mode. 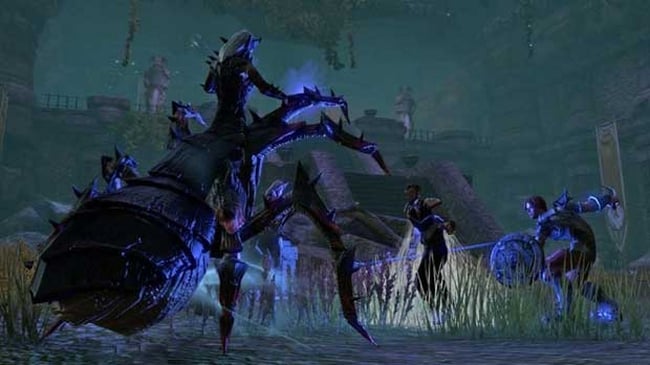 “In the Elder Scrolls games you’re always the hero, whether you want to be or not. You go out there and you kill the dragons; you kill Mehrunes Dagon in Oblivion; in Morrowind, you’re up there fighting the Tribunal – those are huge, global, epic things that you don’t want to stand in line to do in an MMO,” Elder Scrolls Online game director Matt Firor told Game Informer.

“The last thing you want to do is have the final confrontation with Mehrunes Dagon as he’s stomping across the Imperial City, and you see like 15 guys behind you waiting to kill him because they’re on the same quest.”