Joerg Sprave the slingshot master has been at its again with his lethal creations and combined eight steak knifes to create his very own steaksaw. Sparve has used a handdrill to power his creation, and rotate the eight steak knifes via a belt system. Watch the video after the jump to see the lethal steak saw in action. 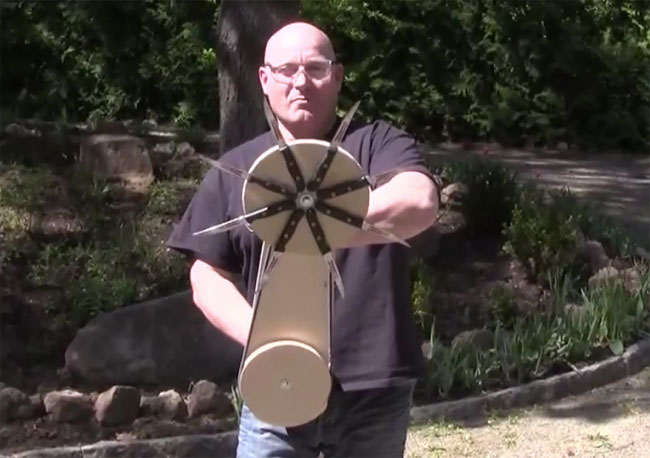 Joerg Sprave explains a little more about his homemade chain saw creation:  “This video features a kind of homemade “chain saw”. The weapon consists of eight razor sharp, serrated steak knifes that rotate at fast speed. A battery drill is the power source, using a transmission with a rubber band as a belt”