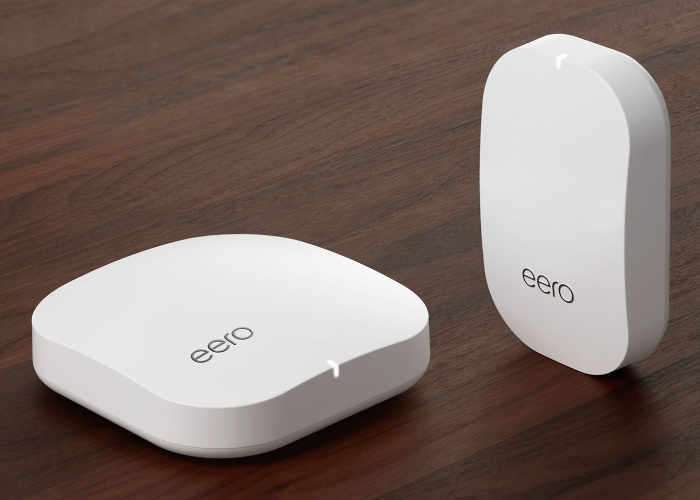 If your home wireless network suffers from connectivity issues you may be interested in a new system called eero which is now available and is being advertised as a wireless networking system that simply “just works” from a team that has just launched the Eero Home WiFi System.

Watch the promotional video below to learn more about the system which is now available to purchase from $300 upwards depending on your configuration needs.

The all-new eero is the same form factor as the original, but more than twice as powerful. It’s the only WiFi access point of its size that’s tri-band, meaning it can broadcast on three wireless radio bands simultaneously. With two Ethernet ports, eero is perfect for media rooms or anywhere you have Ethernet wiring.

eero Beacon – Despite being half the size of the original eero, eero Beacon is a full-fledged access point with 30% better performance. Beacon plugs directly into any outlet and easily expands your system to cover every corner of your home. It also includes a handy and intelligent LED nightlight that adjusts brightness depending on the time of day.

For more information on the new eero wireless networking system jump over to the official website for details by following the link below.