Check out this fantastic cocktail acrade machine made from modifying a Eee PC laptop. Created by MAKE subscriber Sam Seide (Oklahoma City, OK) who makes these amazing cocktail arcade machines and has already sold a few on ebay but says this is his best to date. Check out the video after the jump for a fully detailed walk thorugh of the construction process and features. 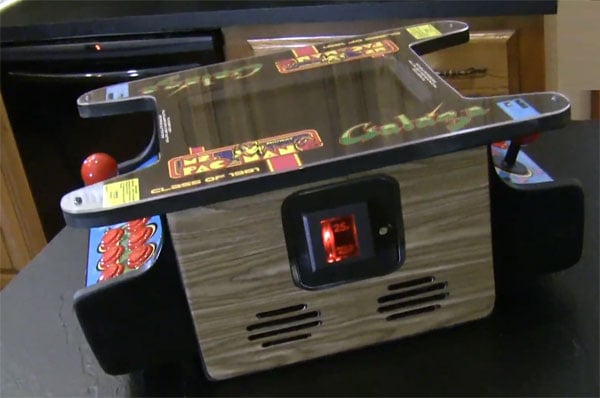 The unit is created using an ASUS Netbook Computer running Atomic FE Frontend Software and MAME for the games. Its equipped with  two sets of joysticks and 6 buttons allows for two play battles.

In the cocktail mode, two player game screens can be mirrored so each side of the system gets it’s own view of the game  so one person doesn’t have to play the game upside down.

You can bid for this fantastic mod on ebay Tiny Cocktail Arcade Auction which is currently at $800 and finished on 9th June 12.44 PDT