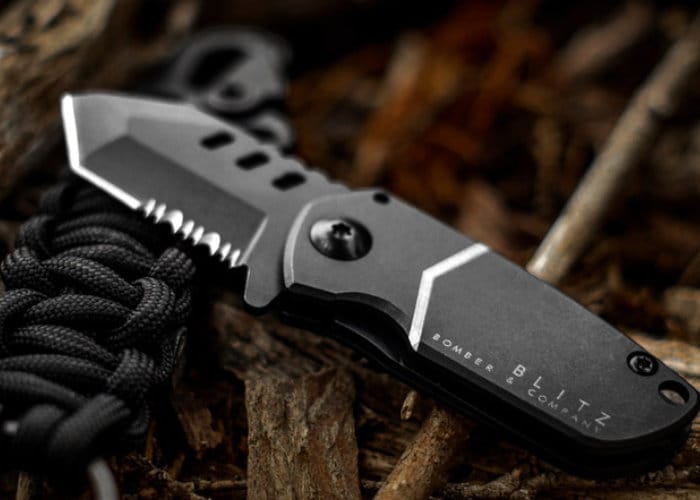 Building on the success of the original B-2 Nano Blade which raised over $450,000 last year, knife, urban survival and paracord gear makers Bomber & Company, have once again returned to Kickstarter to launch their new B-2 BLITZ, smaller EDC pocket knife.

The B-2 BLITZ has been designed by feedback from backers and comes complete with a lifetime warranty, serrated blade, heavy duty bolt screen, stainless steel full handle, straightedge, blade point and Tanto blade.

Early bird pledges are now available from $50 with worldwide shipping expected to take place during March 2019. Watch the demonstration video below to learn more about the B-2 BLITZ EDC pocket knife created by Bomber & Company.

“This time around we wanted to do something different by getting all of our original backers involved in the design process. Over the past year, we asked all of you to help us design and create the ultimate pocket knife together as a community of adventurers, creators, and designers through a series of surveys, updates, and emails. This included over 1,000 surveys from 22,000 original backers and over 10,000 data points analysed to create the World’s First “Crowd-Designed” Project.”

More details, features and a full list of all available pledges jump over to the official Kickstarter crowdfunding campaign page by following the link below.