I have the Criterion game called Burnout Paradise and I really like it. My favorite thing is to run up the bill in the crash challenges where you use the boost to make your car roll and see how much damage you can rack up hitting things. It’s one of the coolest parts of the game. 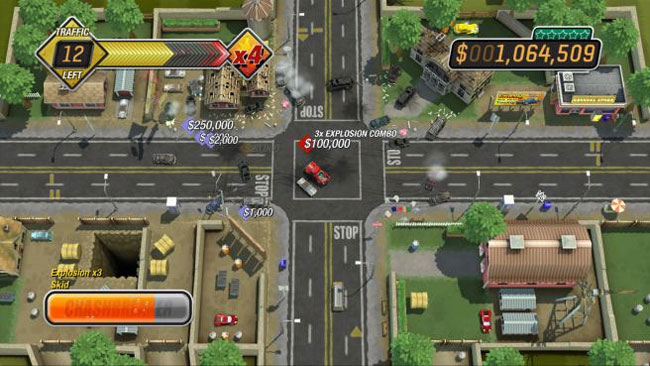 Criterion and EA have announced that a new game is available on the Playstation Network and Xbox Live Arcade called Burnout Crash that is sort of like that Burnout Paradise crash mode. The game has six unique locations and 18 crash junctions with three game modes that will let you compete to see how much damage you can do.

The game will be $9.99 for the PS3 and on the Xbox it will be 800 Microsoft Points. On the Xbox, it will also use the Kinect for controls and let gestures send cars crashing. The Xbox version also supports party play with 14 users split into two groups. This game sounds really cool.