I’ve had a number of fairly long sessions gaming in the past, but nothing like the 50 hours straight put in by a six Dutch gamers.

They all originally started as competitors trying to win the title for themselves but as the event went on they decided to take the world record as a team. 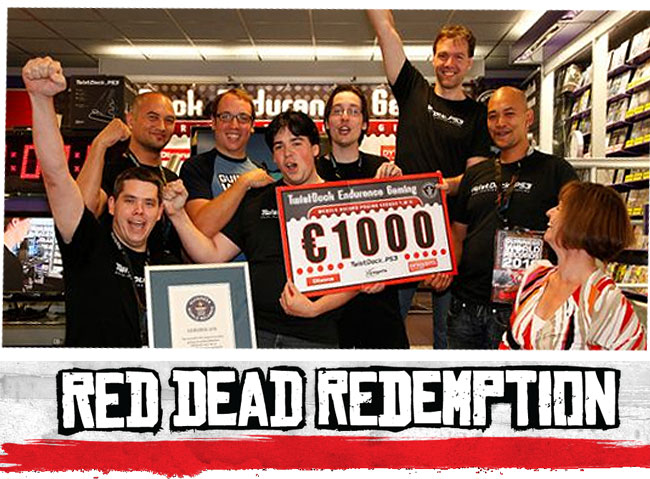 The competition was was held in a Dixon’s store in the Netherlands and the chosen game was Red Dead Redemption and all six gamers will receive recognition from Guinness for their 50 hour gaming session, together with a $1300 prize and a Twistdock connector from the event’s sponsor.

Think you can break it? Remember no breaks and you have to allow Guinness to watch your marathon frag fest.