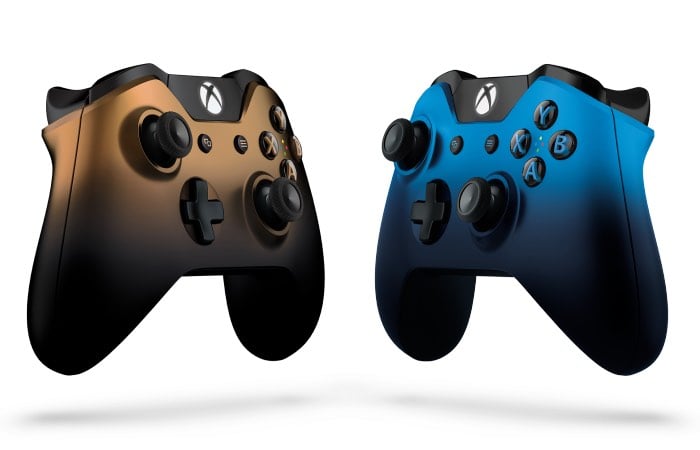 As you would expect both controllers come fitted with all the standard equipment you would expect from an Xbox One controller and feature Impulse Triggers, responsive thumbsticks, an enhanced D-pad, and a 3.5mm stereo headset jack.

The new Xbox One wireless controllers are now available to preorder for $70 and will start shipping later this month as well as being made available in retail stores in the US, Canada, Mexico, Chile, Colombia, Argentina, and Brazil. Together with other select regions worldwide during April 2016. Major Nelson explains more about their availability throughout the US.

For more information on the new Dusk Shadow And Copper Shadow Xbox One special edition wireless controllers jump over to the Major Nelson website for details via the link below.