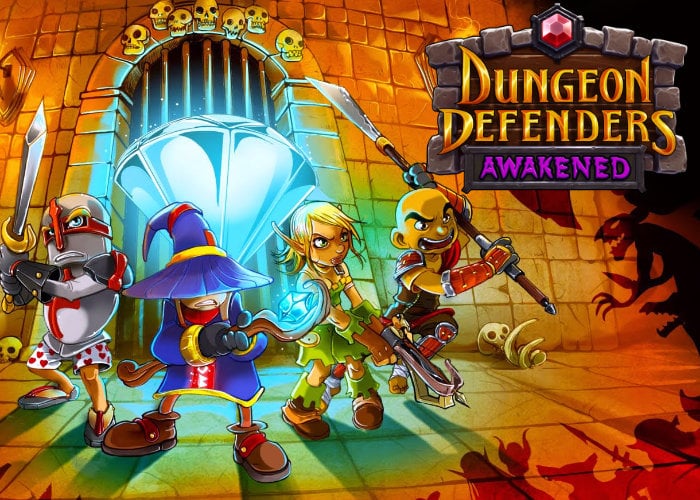 A brand-new dungeon defender game has been launched this month by Chromatic Games who have taken to Kickstarter to help raise funds to take the next game in the series through development. With the aim of raising $250,000 the team are already over $86,000 thanks to over 2,500 backers with still 28 days remaining.

Dungeon Defenders Awakened is a brand-new, cooperative, tower defence action RPG that recaptures the soul of the original Dungeon Defenders. Watch the demonstration video below to learn more about the new game being constructed on the Unreal Engine 4 ready for launch on the PlayStation 4, Xbox One, PC and Nintendo Switch systems.

The development team explain more about what you can expect from their latest game. “We’re taking the core gameplay of the original Dungeon Defenders, its amazing content, its physics-bending charm, and we’re mixing all of them together in a brand-new game set after the events of Dungeon Defenders II. Travel back in time to when and where it all began: with the four young heroes banding together in their parents’ castle — only this time, they face a time-altering menace who could reshape the past, present, and future of Dungeon Defenders.”

Early bird pledges are available from just $16 or roughly £12 and worldwide shipping is expected to commence sometime around October 2019.