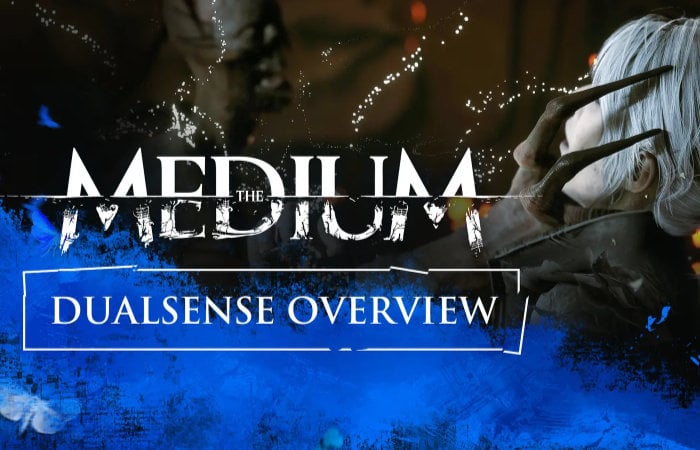 PlayStation Gamers patiently waiting for the arrival of The Medium horror game on the PlayStation 5 platform may be interested in learning more about how the game has been customized to take advantage of the amazing PlayStation DualSense wireless controller. Szymon Erdmanski Game Producer at the game studio Bloober Team has taken to the official PlayStation blog this week to reveal more details about how the PlayStation DualSense controller is used throughout the game to add further immersion. For a quick overview check out the video embedded below. “On PS5, we are taking full advantage of the console’s DualSense wireless controller to immerse you even deeper into the mystery of the Niwa Hotel.”

“You play as Marianne, a medium who lives in two worlds: our world and a hostile spirit world. At the beginning of the game, Marianne is haunted by a strange vision: a little girl murdered at a lake. She comes to believe that she can learn the truth behind the vision at an abandoned hotel resort. Once there, she discovers that years ago the place was a stage of a horrifying tragedy and hides a grim mystery only a medium like her can solve.”

“The adaptive triggers will not only raise the level of immersion but also make the controls more intuitive. When you start charging up the Spirit Blast, the medium’s offensive ability, the trigger will resist at the beginning but gradually loosen up until it can be fully pressed – this means the blast is also fully charged and ready to discharge.”