The long and short of the Kyocera Echo are its dual screens. Used together, the resulting display is one of the largest on any smartphone. Flip the screens back to back and different apps can be run on each. Even better, a generous amount of touch keyboard space is made available on one screen, which slightly compensates for the lack of a dedicated slide out keyboard that most users prefer. 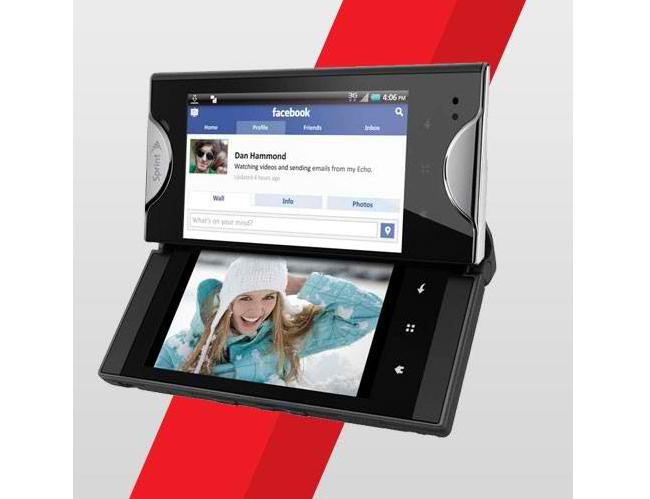 Keep in mind the Kyocera Echo is a smartphone with tablet sized aspirations. Like most sensible smartphones, it runs on Android 2.2 and enjoys a generous 2GB Pendragon CPU. Micro SD card space has room for 32GB and battery life is pretty decent at seven hours straight before it needs life giving rejuvenation via a good old fashioned charge. There seems to be a problem with its much vaunted dual display features though. The seven built in apps for browsing etc. work fine, but any third party apps are hard pressed to function well in back to back display mode.

To its credit, the Kyocera Echo takes a modest bite out of your wallet with its retail price of just $199.99.