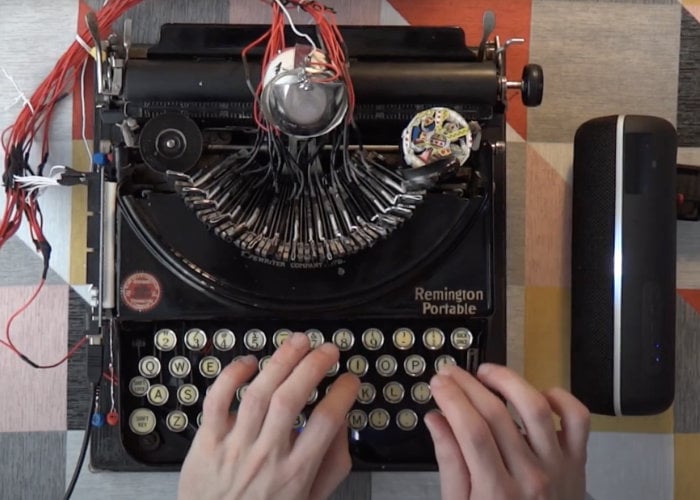 Maker William Sun Petrus has created an awesome drum machine using a 1920’s Remington compact typewriter combined with a little Arduino hardware and programming. The processing power is provided by an Arduino Mega and software used includes Ableton, Loop Midi and Hairless Midi Serial. Check out the video below to learn more and see the unique drum machine in action.

“This is a remington portable typewriter, made in the 1920’s. I’ve attached a lot of wires, an Arduino and plugged it in. It now makes cool noises. For real though, whenever a hammer contacts with the “live plate”, it will send a signal to the arduino. The arduino recognises which hammer has been pressed and fires a signal into my PC via the cable, and into Ableton. Ableton sees some MIDI information and understands that it needs to trigger that specific sound. This song is composed of 17 difference sounds, played live for you, right here, right now. This typewriter is actually just a small part of a much bigger project, so there’s still a lot more to come!”