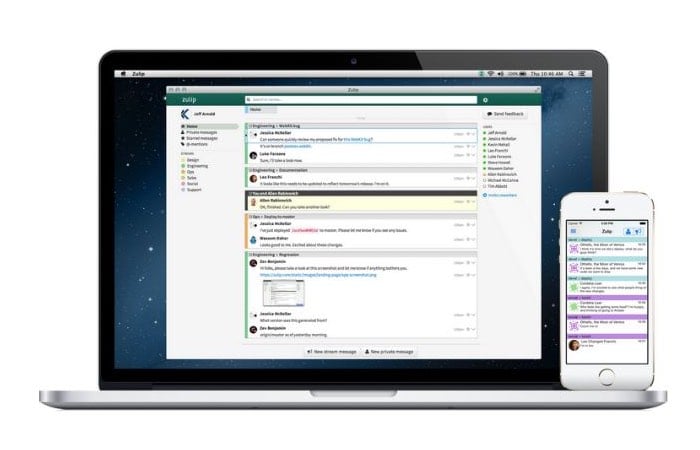 During this years Dropbox Hack Week, Dropbox has announced that they will be releasing the Dropbox Zulip Chat Application under an open source licence.

The list of open source applications and projects released by Dropbox continues to grow and extend the already available list that includes the zxcvbn password strength estimator, the Djinni cross-language bridging library, the Hackpad codebase, and the Pyston JIT for Python to name a few.

Dropbox explains a little more about the open sourcing of the Zulip application during the Dropbox Hack Week Project :

During this year’s Hack Week, we reassembled the original team from Zulip (a group chat application optimized for software development teams that was acquired by Dropbox in 2014) to tackle open sourcing Zulip on an ambitious timeline. Today, on behalf of the Zulip team, I’m very excited to announce that we have released Zulip as open source software!

We took on this project during Hack Week in order to enable Zulip’s users to enjoy and improve a product they love. Zulip’s users are passionate about the product, and are eager to make their own improvements, and we’re excited to be able to offer them that opportunity. In particular, the Recurse Center has announced plans to work on the Zulip open source project.

To make Zulip maximally useful to the world, we have released it under the Apache license, and we’ve released everything, including the server, Android and iOS mobile apps, desktop apps for Mac, Linux and Windows, and the complete Puppet configuration needed to run the Zulip server in production.

The world of open source chat has for a long been dominated by IRC and XMPP, both of which are very old and haven’t advanced materially in the last decade. In comparison, Zulip starts with many useful features and integrations expected by software development teams today and has a well-engineered, maintainable codebase for those that are missing. We’re very excited to see what people build on top of Zulip.

For more information on the open source release of the Zulip chat application jump over to the Dropbox official tech blog for more details or the official Zulip website.