Dropbox has this week released a new update for its iOS application which brings with it a number of new features which are being added to work seamlessly with Apple’s new iOS 7 mobile operating system. 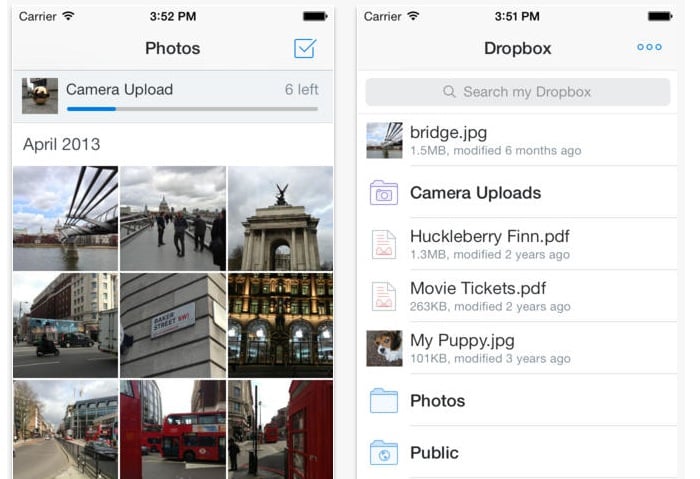 Features included in the latest Dropbox update include a new streamlined iPad experience that allows users to just tap on files and photos to toggle fullscreen.

In addition to this Dropbox has also added enhanced sharing and exporting support making it easier to send files to your favourite applications, AirDrop support as well as the option to seamlessly save your videos to your library, for safe backup and access from other devices.

As well as the new features Dropbox has also fixed most of the common crashes which occurred in its iOS application as well as providing more performance when starting, loading photos of playing back video. Together with plenty of PDF viewing updates.

The latest Dropbox iOS application is now available to download directly from the Apple iTunes App store for free.