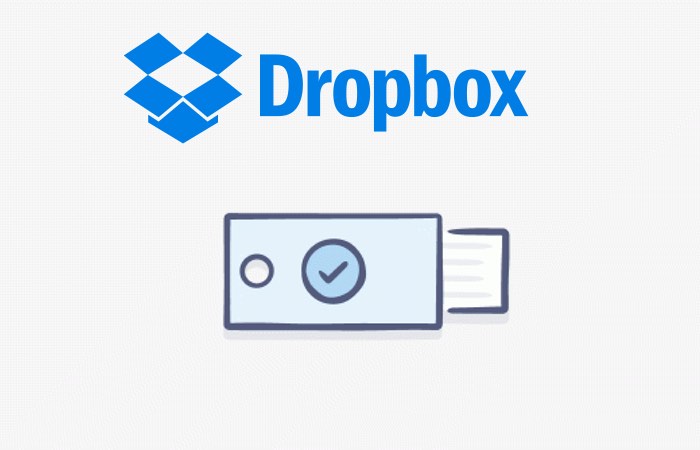 How do I use it? You’ll need a security key that follows an open standard called “FIDO Universal 2nd Factor (U2F)” from the FIDO Alliance. This U2F key can then be set up with your Dropbox account and any other U2F-enabled services, such as Google.

Once you have a key, go to the Security tab in your Dropbox account settings and click Add next to Security keys. Currently, U2F is only supported for dropbox.com using the Chrome web browser. Signing in from a device or platform U2F isn’t supported, or don’t have your key on hand? Don’t worry — you’ll still have the option to use two-step verification through text message or an authenticator app.

Security keys are an easy way to use two-step verification when signing in to dropbox.com. After typing in your password, just insert your key into a USB port when you’re prompted, instead of typing in a six-digit code. And unlike two-step with a phone, you’ll never have to worry about your battery going dead when you use a security key.

For more information on the new Dropbox Universal 2nd Factor (U2F) security keys jump over to the Dropbox blog website for full details.