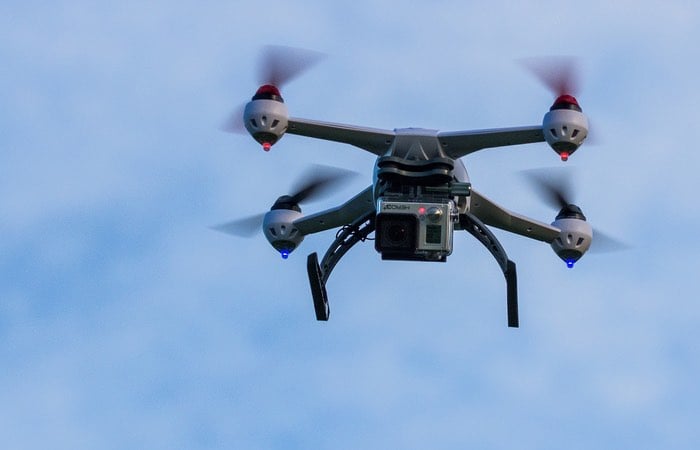 Regulations on where pilots can fly their quadcopter and drones are being increasingly enforced around the world to protect the public and also safety services.

To help enforce these laws through companies within the UK have created a ‘Drone Death Ray’ that is capable of being aimed at a flying drone and disabling it by landing the quadcopter safely on the ground.

Watch the video below to see the ‘Drone Death Ray’ in action taking out a flying drone.

Three British companies have teamed up to create an anti-drone ‘death ray’. The device uses a directional antenna to ‘shoot’ interference at a remote-operated drone, causing it to fall from the sky. Engineered by UK firms Blighter, Enterprise and Chess, the device is distributed in the US by Colorado-based Liteye, which hopes to sell it to the US government and airports