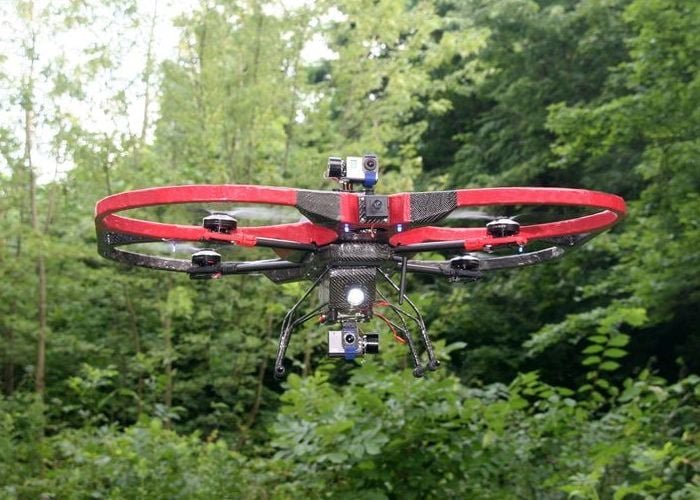 Anyone needing a quadcopter that has a little more lifting power than your average drone may be interested in a new range of heavy lifting quadcopters that make up the Monarch range.

The Monarch range includes three quadcopter rising in price from $2,259 for the Classic, to a more feature rich design in the Luxury thats equipped with a multi-axis belly gimbal for a GoPro or similar action camera priced at $3,999.

Finally reaching the $4,579 Supreme Monarch quadcopter that is equipped with larger propellers, a double-sized battery, and a much larger gimbal that is capable of holding a DSLR camera is place during flight, or multiple GoPro camera or similar.

The Monarch range will be available later today via Kickstarter when their campaign starts and has been developed by Mobile Recon Systems.

Mobile Recon Systems announces the launch of its Monarch (heavy lift) quad-copter video drone on Kickstarter. The Monarch boasts a feature rich platform that starts with two multi-axis gimbals that can accommodate up to three GoPro Hero, 2, 3, and 4 or any of the popular HD sport video cameras on the market. The Monarch simultaneously captures images from above, below, and in front of the flying platform, ensuring that you catch every view. The Monarch is not just another quad-copter. Our Mobile Recon Systems team has spent the last two years studying, scrutinizing, and researching UAV systems along with operators’ demands and requirements.

Visit the Kickstarter website later today to learn more about the new range of quadcopter that is looking for funding.