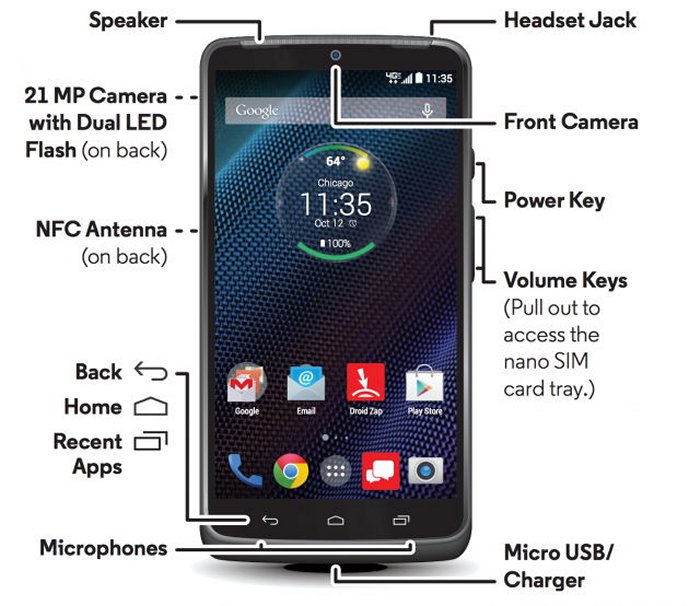 The other day the user manual for the new Droid Turbo was leaked, and now we have some more details on the device, and it will apparently come with a massive 3,900 mAh battery.

The 3,900 mAh battery should give you around two days of usage between charges, the device is also rumored to come with a range of high end specifications.

We previously heard that the new Droid Turbo would feature a 5.2 inch Quad HD display with a resolution of 2560 x 1440 pixels, the handset is also rumored to come with 3GB of RAM.

As yet there are no details on what processor the Droid Turbo will come with, although we do have some information on the handsets camera, which is said to be a 21 megapixel version.

We are hoping to get more specifications on the Droid Turbo later this month, Motorola are expected to make the handset official on either the 28th or 29th of October, and the device is rumored to go on sale on the 30th of October.