Earlier in the week Verizon listed the new HTC Droid Incredible on their Droid Does website for a short time,the device was then removed, but we got to find out some details about Verizon’s latest Droid smartphone.

Now according to the guys over at Phone Dog, the HTC Incredible 4G will land on Verizon on the 10th of May, we already know that the device will cost $299.99 when you sign up to a two year contract with the carrier, but Verizon has yet to officially announce the device and confirm the launch date. 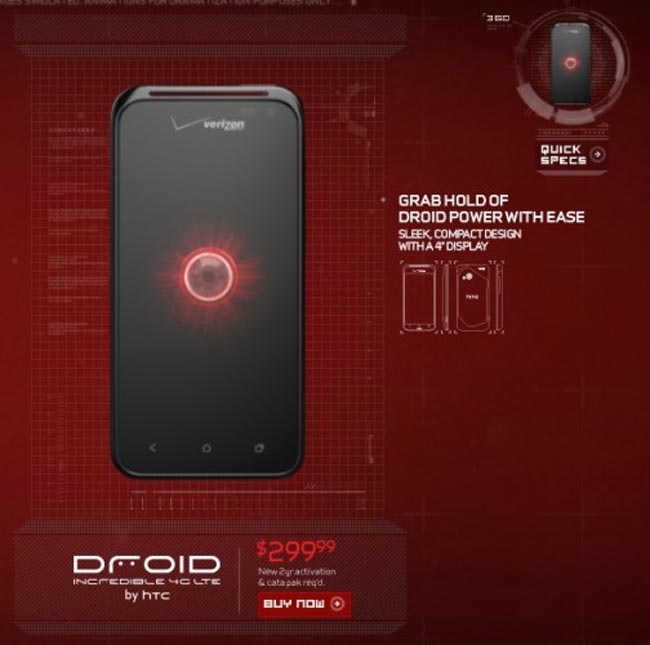 The HTC Droid Incredible 4G LTE will feature a 4 inch qHD Super LCD display with a resolution of 540 x 960 pixels, processing is provided by a dual core 1.2GHz processor and the device also feature 1GB of RAM.

There is also an 8 megapixel camera with an LED flash, plus a front facing VGA camera, and the device will come with Android 4.0 Ice Cream Sandwich, plus the latest version of HTC’s custom UI, HTC Sense 4.0.

Other specifications on the Droid Incredible 4G LTE include 8GB of built in storage, plus a microSD card slot for additional storage, that can accept up to 32GB microSD cards.